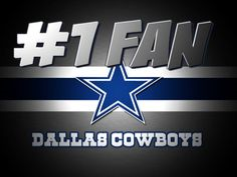 Mr. Tyron Jodie Ervin, Jr was born on February 24th 1996 to Tyron and Sarnya Ervin of Charlotte, North Carolina. Tyron was born a scholar and an athlete. Lil Ty started elementary school at Briarwood Elementary School but followed his big sister to Villa Heights Academic Center where he was labeled academically gifted and accepted into the Duke Tips Program.  He started playing football, basketball and baseball at Sugar Creek Recreation center from the age of five.  Tyron attended Davidson IB Middle School where he participated in band, the championship black quiz bowl team and the leadership academy.  At that time, he played both football and basketball at J.M. Alexander Middle School.   Tyron received his high school diploma from North Mecklenburg High School in Huntersville where he was a tri-athlete, being a tight end, defensive end, power forward, center, and a sprinter.

Despite many football offers, Tyron accepted an academic scholarship where he furthered his education at Fayetteville State University as a Mass Communications Major and then Livingstone College as an African American Studies Major.   Tyron secured a position at FedEx, was promoted and working on his 2nd year as floor manager at the distribution center.  His last dreams were to help his dad, “Pops” at the barber shop.

Brother Tyron Ervin was raised a “church kid”.  He attended Weeping Willow AME Zion Church where he participated in Buds of Promise, Junior Choir, Acolytes, Youth Missionary, Youth bible study, all children/ youth department plays, Sunday School assembly leader and the Weeping Willow Defenders basketball team.  As an adult, Tyron joined Jonahville AME Zion Church where he attended church weekly, vigorously praising the Lord – “Alright Brother Ervin”, bringing others to church with him and helping with Athletics.  In Tyron’s spare time, he enjoyed playing Madden and going fishing with his Dad but he was most passionate about coaching little league football, his “championship” AAU basketball team and as he put it “the Defense of the Dallas Cowboys”.

Tyron Jodie Ervin Jr departed this life on December 17th 2018. He was preceded in death by his Granny Eliza Gammon, his uncle Jenny Penny and his Maw Maw Mary Glass. Ty Jodie leaves his parents and three sisters: Darsha of Fayetteville, Nikki of Charlotte, and Eliza (James) of Morganton to cherish his memory.  Additionally, he loved his soon to be fiancée Keyauna Alston, her mother, her grandmother, her little brothers, Zayrn and Cordae McNeill “the boys”, and his best friend Jordan Stoney. Also included in those he loved are all his aunts, uncles as well as a huge host of nieces, nephews, cousins, teammates and friends who will continue to hold Ty in their hearts forever.

The Ervin Family have entrusted arrangements to Boston's Mortuary.

To send flowers to the family or plant a tree in memory of Tyron Jodie Ervin, Jr., please visit our floral store.